Susan Axelrod's food writing career began in the kitchen; she owned a restaurant and catering business for 15 years before turning to journalism. By day, she is the social media editor for Portland Press Herald. To relax, she bakes, gardens and hikes with her husband and their two dogs, preferably followed by a cocktail or a Maine beer. Susan can be contacted at 791-6310 or saxelrod@mainetoday.com On Twitter: @susansaxelrod 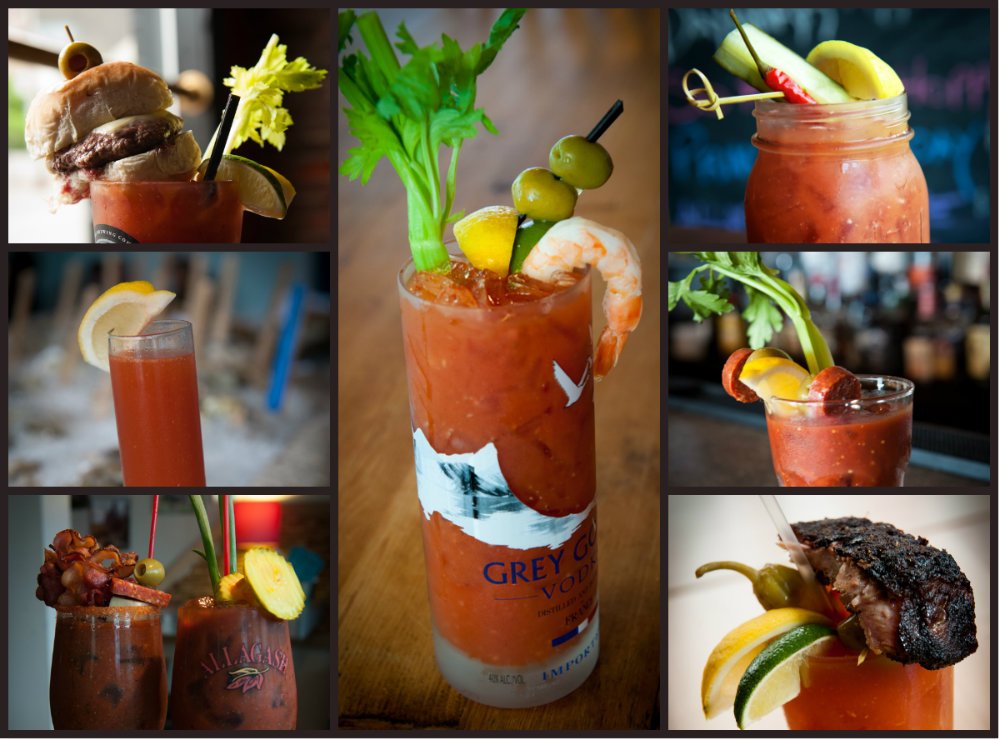 All photos by Ted Axelrod Photography

As every history student knows, “Bloody Mary” was the nickname (although that word seems wrong, somehow), given to the Tudor Queen, Mary I, who had 300 Protestants burned at the stake in a fantastically failed effort to restore Catholicism to England. But it’s a good bet none of that comes to mind on a bleary-eyed Sunday morning when you order the iconic brunch cocktail of the same name. In fact, the English monarchy was not even what a bartender at Harry’s New York Bar in Paris was thinking about, when in 1921 he mixed equal parts of tomato juice and vodka to (allegedly) invent the Bloody Mary, perhaps to ease a bleary-eyed Sunday morning for regulars Ernest Hemingway and Humphrey Bogart. The story goes that a less-famous Harry’s patron said that the drink reminded him of a girl named Mary at the Bucket of Blood Club in Chicago. OK, whatever.

So now we know (sort of) where the drink came from. As to where it’s gone in 90-plus years, you only have to peruse local cocktail menus for modern Bloodies made with proprietary tomato juice-based concoctions and garnished with everything from barbecued ribs to tofu cubes. For your weekend drinking pleasure, we rounded up a few noteworthy examples.

Feed that beast of a hangover with a spicy Bloody sporting a skewered cheeseburger slider. Slider available Sundays only. $5

Everything about this Bloody is supersized. A repurposed Grey Goose bottle holds 22 ounces of liquid fun, nicely spicy and garnished with a whole celery stalk, jumbo shrimp and fat green olives. $15.5

The most straightforward of the bunch, this one is served in a Mason jar and garnished with a house-pickle and a fresh hot pepper.

What’s the perfect accompaniment to East Ender’s fried bologna sandwich, chicken and waffles or pop-tart-of-the-day? A Bloody Mary made with smoked tomatoes and garnished with pepperoni slices, of course. $7

One of Buck’s signature Fooze cocktails (food + booze, get it?), this zesty Bloody has a big ‘ol baby-back rib balanced on top.

Silly’s With A Twist

In keeping with its something-for-everyone philosophy, Silly’s With A Twist offers both a “regular” and a vegan Bloody Mary (no Worcestershire sauce, which contains anchovies). Even better, you can “build your own,” with umpteen add-ons and garnishes. Left: Going whole hog topped with bacon (bar manager Shelley Kelley’s personal fave) and a speared pepperjack cheese cube, pepperoni and olive, Old Bay seasoning rim. Right: a vegan Bloody with pickles, Buffalo fried tofu and scallions. Build-your-own option on Saturdays and Sundays. $7 ($2 extra with bacon).

House-made Bloody mix and cava (Spanish sparkling wine). That’s it; and as the menu says, “Don’t knock it ‘til you’ve tried it.”

Up Next: The Parkington Sisters perform at Empire in Portland tonight